Ooty, also known as ‘Queen of Hill Stations’ is a lovable tourist spot that keeps aggregating a lot of visitors from across the country adding to their influences on the locals. Hence diversity in cultures, languages and religion is a major feature of Ooty. Known as Ooty since British era, the city is a home to six primitive tribes viz. Todas, Badgas, Paniyas, Irulas and Kurumbas. Toda tribes are most prominent among all the tribes of the region.

Ooty today is like most of the other Indian towns manifesting a composite culture bringing in people mainly from Kerala, Andhra Pradesh and Karnataka. Being a taluk placed in Tamil Nadu, the culture of Ooty is no different from a typical Tamil Nadu Culture. However, the population is mainly dominated by South Indians yet one can find settlers from rest of India. The native language is Tamil yet people can find people speaking in Malayalam, Kannada, Telugu, English and Hindi languages. However, the tribes of Ooty follow tradition and languages peculiar to their lineage. 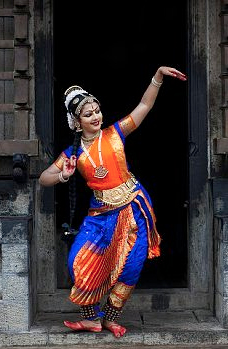 The society of Ooty also reflects its strong influence of colonial days that can be ascertained from its Christian population. One can see British Bungalows with corrugated iron roofs and wide verandahs making the British influence obvious. Being a part of Tamil Nadu state, the Hindu Temples of this land also tell the tale of its rich Dravidian past and architectural splendor. These temples of complex carvings and steep steps reveal its ancient associations.

As urbanization set in India, Ooty also saw a major population migrating to towns and a majority of urban populace of Ooty largely depending on tourism and activities based on agriculture. Yet the rural side of Ooty is still a treasure trove to tribal cultures. 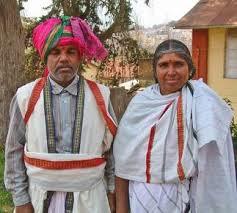 Todas, the predominant tribe of the region, who till recent times practiced polyandry, live in bamboo and grass huts. Irulas are the snake catchers and master smiths from centuries. Kotas grow potatoes, garlics, carrots, onions etc, while a few of them own tea estates also.

Dance and Music of Ooty

The cultures and traditions in the urban areas of Ooty cannot be differentiated from the culture of Tamil Nadu. M.A.D annual festival of Ooty is one such festival that celebrates the pure forms of music, art and dances of the region. This 3 day music and dance festival held at Fern hill Palace is a strong platform for musicians, artists from Tamil Nadu.

Ooty is certainly rich in ancient arts and cultures still being carried forward through their captivating variety of dance and music forms.  However, the tribes follow their own music and dance culture. Kotas have their own instruments on which they play music and perform dances. Todas also perform Toda dances during various occasions.


Arts and Crafts of Ooty 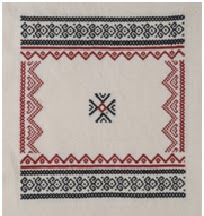 Arts and crafts unique to Ooty are again an ancestry of the tribes inhabitant here. Todas have developed a peculiar styled red and black colored embroidery called ‘pungur’ that is done on shawls, mats, bags and runners.   Similarly the unglazed Kota pottery done on terracotta is a very common tribal artifact easily found in these regions. The visitors looking for the arts and crafts peculiar to Ooty are easily made available at Ooty Municipal market. These unique artifacts have a good scope amongst the tourists visiting Ooty.