Home city guide distance between ooty and other cities

Distance Between Ooty and Other Cities

Ooty is a popular tourist location in India. The pristine Nilgiri Mountains and untouched natural beauty attracts thousands of travelers from the country, especially from the metropolitan cities. Ooty receives a major tourist flow not only from nearby cities but also from metropolitan cities like Delhi, Mumbai and Kolkata. So if you are in Delhi or Kolkata, do not miss out on this serene hill station of Tamil Nadu.

Distance between Delhi and Ooty

Delhi, the capital city of India is approximately around 2393 kms from Ooty. Despite the long distance of Delhi to Ooty, the visitors from Delhi are large in numbers to this Queen of hill stations.

By Train
Ooty does not have a direct train from Delhi, so the nearest railhead to Ooty is Mettupalayam. From Mettupalayam, Ooty is easily connectible by a bus or cab from Mettupalayam which is at 40 kms. If you are planning to board a train, Mysore, Kozhikode and Coimbatore stations are closer to Ooty. Average time taken on a train is around 43 hrs. Coimbatore is at a distance of 86 kms and Mysore at 125 kms by road from Ooty.

By Air
Coimbatore airport is the nearest airport to reach Ooty from Delhi. Ooty is further 2.5 hours drive from Coimbatore i.e.86 kms.

Distance Between Ooty and Mumbai

Mumbai lies at 1151 kms approximately from Ooty There are convenient and cheap modes of public transports from Mumbai to the accessibility of Ooty. 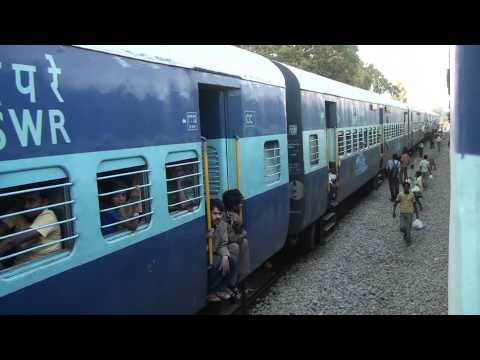 From Dadar Station and Mumbai CST station, Ooty is connected via Coimbatore, Kozhikode and Mysore stations. While Mysore and Kozhikode takes about 22-23 hrs on train, reaching Coimbatore may take 32 hrs. From these stations, buses and taxis can be taken to reach Ooty city.

By Air
There are several direct flights that operate between Mumbai airport and Coimbatore airport. The travelling time is about 1.5 hours in a non-stop flight. Connecting flights however route through Bangalore and Kozhikode airports taking about 3-4 hours of travel time.

Distance between Ooty and Kolkata

Kolkata and Ooty are 2170 kms apart. The most convenient and fastest way to reach Kolkata is to take a direct flight to Coimbatore. The cheapest mode from Kolkata to Ooty is by train Hwh Ypr Duronto to Bangalore and then taking a State Transport Bus from Bangalore to Ooty.

By Train
From Howrah Junction in Kolkata, Ooty can be reached via Mysore, Kozhikode, Bangalore and Coimbatore railway stations with a travelling time of 37 hours. 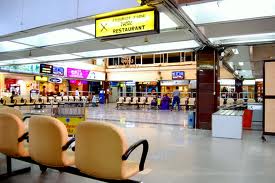 From Kolkata airport one can board a plane to Chennai, Bangalore or Coimbatore. These connecting flights may take time ranging from 4 hours to 6.5 hrs. There are a number of direct flights from Kolkata to Coimbatore airport, throughout the week with a travelling time is about 2.5 hours by air.

Distance between Ooty and Chennai

Chennai is only 500 kms from Ooty, taking a travelling time of just about 8 hours by road. A number of bus operators provide services between Chennai and Coimbatore. Travelling by bus may cost between Rs 400 to Rs 1600 depending upon the type of bus chosen and can be reached in 8-9 hours.

By Train
The trains from Chennai to Coimbatore are plenty and convenient throughout the week. It takes 7 to 8 hours with a fare ranging from Rs 242 to Rs 1579 depending upon the train and class chosen for the journey.
Another option is to travel by Blue Mountain express that leaves at 9:00 pm at Chennai and reaches Ooty (via Mettupalayam station) at 12 noon. There is a changeover at Mettupalayam.

By Air
There are more than 7 flights per day that operate between Chennai and Coimbatore reaching the destination within 1 hour and 15 minutes. A car can be hired for further reaching Ooty , that takes about 1.5 hrs.

By Car
If you plan to cover the distance by car then take the below mentioned route:
Chennai - Vellore - Krishnagiri - Salem - Bhavani - Avinashi - Mettupalayam - Kotagiri – Ooty
The total travel time will be approximate to 8.5 hours and the car rental may settle down at around Rs 4200.


Distance between Ooty and Bangalore

Bangalore is 265 Kms and 5.5 hrs drive away from Ooty. Ooty lies to the Southwest of Bangalore and is an important IT location of the country. Ooty being just 5 hours away is an important weekend gateway from Bangalore. Bangalore can be reached by car, train or bus.

By Train
Bangalore to Ooty does not have a direct train, but can be connected via Coimbatore railway station. Another option is to catch a train to Chennai and take to Mettupalaym station from Chennai. There are
many buses connecting Coimbatore, Mettupalayam and Ooty for further journey. Journey from Bangalore city Junction station till Coimbatore in train may take about 7 hours.

By Bus
Many Private and state-run buses ply between Bangalore and Ooty, covering the distance in approximately 8 hours. If there is no direct bus available, you may opt for a break journey at Mysore.

By Car
There are two routes to Ooty if you are planning to travel by car. The first route passes from Mysore and the other one at Chamarajanagar, finally arriving at Gundlupet. From Gundlupet the route remains same till Ooty proceeding through interesting routes amidst the forests of Bandipur.


Distance between Ooty and Mangalore

Mangalore is located at 371 kms from Ooty with a driving time of 7.5 hours. Mangalore is the administrative headquarters of South Kannada district.

By Train
There is no direct train between Mangalore to Ooty, so the train can be connected through Kozhikode
station. There are several trains between Kozhikode and Mangalore covering the distance in about 3.5 to 4.5 hours. Trains connecting Mangalore and Ooty via Coimbatore are also available, but would take some 8 hours to reach the destination station.

By Bus
Only State run buses operate directly between Mangalore and Ooty with lesser frequency. Hence it is suggested to take a changeover journey at Calicut or Mysore.

By Car
If you plan to travel by a car to Ooty, then it takes around 8.5 hours to reach the destination.

By Air
There are no direct flights from Mangalore till Ooty, but some flights connect through Bangalore, Hyderabad and Mumbai. These flights take 4 to 5 hours till destination.

Distance between Ooty and Mysore

Mysore is 125 Kms and 3 hours drive away from Ooty. This princely city of palaces has remained the
capital of Kingdom of Mysore for 6 centuries. Mysore is also an important tourist location of India. Just 125 Kms from Ooty, tourists prefer to visit Ooty while on their trip to Mysore.

By Bus
There are direct buses available between Mysore and Ooty. The bus reaches Ooty in approximately 4
hours with an average bus fare of Rs 226.

By Train
There are no direct trains to travel between Mysore and Ooty. Train travel is not recommended between
Mysore and Ooty as there will be too many changeovers for such a short distance.

By Car
Car is the best option to take to while travelling between Ooty and Mysore. Ooty can be reached in just
2.5 hours through Mysore - Gundulupet - Bandipur -Mudumalai route.

Explore more about Transport in Ooty