Ooty, the charming district of blue mountains is a part of deep Nilgiris. The gripping past story of Ooty is told by the beautiful structures and tea gardens in the city. Ooty has housed many Kings and dynasties but it got a separate recognition only under the British administration. The place does not hold a very old history, but the first mention of the place called ‘OttaikalMandu’, came only in the letter to Madras Gazzette in 1821. Afterwards, many Europeans visited the place and finally John Sullivian (the Collector of Coimbatore) assumed the administration.

Initially, Nilgiris as a whole were under the reign of Ganga Kings, but later during 11th century , the rule changed hands to Hoysala Kings and then to Vishnuvardhana. This was the land of Todas, Kotas, Badagas, Irulas, Kurumbas and tribes, who are said to be settled in these regions since 1117 AD. Even Tippu Sultan of Mysore held the power of Ooty for a short term. 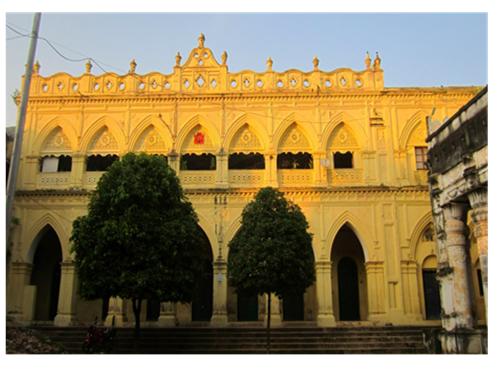 British Rule and John Sullivan’s contribution to the city

The Nilgiri Mountains came to be administered by the ‘East India Company’, under the treaty of Srirangapatnam in 1799. In the year 1818 Wish and Kindersley, Assistant and Second Assistant to the then collector of Coimbatore, visited the areas and submitted the reports of their visit. Later the collector, John Sullivan himself visited the spot and was captivated by the beauty of these hills and compared it to Switzerland. In 1822, Sullivan accquired a portion of Toda land and constructed his bugalow, which now stands here as an important tourist spot, called the ‘Stone House’. It was the first European House in Ooty. He founded Ooty, by placing it in the world maps.

John Suvillian's significant additions to present day Ooty cannot be overlooked. He was not the first to visit Nilgiris, but was the first person to recognize the serenity and potentiality of these beautiful hills. He came to the wooded land in 1819 and constructed the roads from Sirumugai near Mettupalayam to Dimbhatti in Kotagiri. Further the routes to Conoor also were laid and completed in 1832 helping develop the connectivity of the place. The location turned into a well-liked summer retreat for British officers.

The pivotal Ooty Lake is a construction of Sullivan. The lake was formed damming the small streams around the place for irrigation purposes. Now the Lake still survives as the most popular tourist attraction of Ooty. Sullivan also introduced better agricultural practices in the surrounding areas and among the locals. He also introduced teak and chinchona tree plantations that are still an inevitable part of Ooty’s agricultural economy. He introduced tea and many European varieties of wheat and barley, hence changing the social and economical face of Ooty.

Slowly the city was uplifted to have a semblance to Old England. Club Houses, Riding stables , kennels,  churches and summer cottages of civil servants and Maharajas came to Ooty, completely revamping the way the city looked. The year 1891 saw the commencement of construction of Nilgiri Railways. The Conoor-Frenhill Railway was complete by 1907 under South Indian Railways that purchased the line and assumed the charge of construction.

After India got independence, Indian Government took the interests in prettifying and developing the location into a major tourist spot of the country. The British influence on the district still goes strong with its Gothic buildings, English fruits and vegetables still being cultivated.Now Ooty stands in the wish list of travelers across the globe.