Mudumalai National Park lies to the northwest of the Nilgiri Mountains, touching the boundaries of Kerala and Karnataka both. This is one of the oldest sanctuaries accommodating varied, hills valleys, watercourses, ravines and swamps. One can spot Elephants, Tigers, Gaurs, and many other endangered species. Mudumalai was the first Wildlife Sanctuary of South India, established in 1940. The reserve is a perfect place of visit for wildlife enthusiasts and bird watchers.  Indian forests department protects and facilitates tourism inside Mudumalai forest. It facilitates many forest resorts, lodges and safaris inside the Sanctuary. 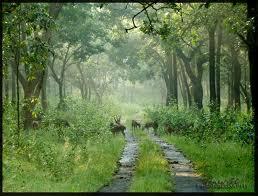 The Sanctuary covers an area of 321 km2 receiving a rainfall between 800 - 2000mm. The climates here are equitable with summers recording a maximum of around 29 degree centigrade while winters settle at 10 degree centigrade.  The vegetation of this area is thickly covered in tall grasses, wild figs, bamboos, teak, rosewood, mathi, vengai and venteak. The forest fauna largely includes Macaque, Python, Tigers, Chital, Otter, Panther, Four Horned Antelope, Barking Deer, wild dog, Sloth Bear, Leopards, Common Langur,  Hyena,  Crocodiles (Mugger), Giant Flying Squirrel,   and jungle cats. These forests are also a great place of interest for bird watchers as you can easily catch the sight of a large variety of birds like Owl, hawk, eagle, Magpie-robin, Spotted Babbler, Small Green Barbet, Green Pigeons, woodpecker, peacock, cuckoo and many more diverse species. Mudumalai is a habitat to a large number of bird species with about a 200 species. 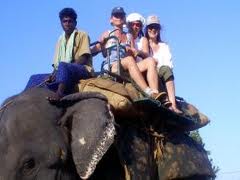 These deep forests can be explored on Govt. run jeeps and mini bus safaris. Safari vehicles run during morning and evening times, covering a defined route. These pre-defined trails of safaris take you inside the deep forests of Mudumalai. In fact, the forest reserve also offers elephant safaris that are even more interesting and thrilling. Best time to visit to take a visit around is during February to June. During these months, animals come out near water bodies in wake of food and water.  A safari during night in the month of April will be more fascinating with the glow worms enlightening the nights of this forest. Private vehicles and taking a walk is not allowed in the forest.

Places to visit in Mudumalai Forest


Explore more about Tourism in Ooty