Nilgiri Mountain Railway is an emblematic train of the British era in India. Nilgiri Mountain Rail is a 106 year old railway built by British in Tamil Nadu that ran on steam engine for a long time but operates on an oil-fired engine. The train attains more importance by the fact that it was accorded the World Heritage Status by UNESCO. NMR stretches from Mettupalayam to Udhagamandalam through a railway line located partly in Coimbatore and partly in Nilgiris District. 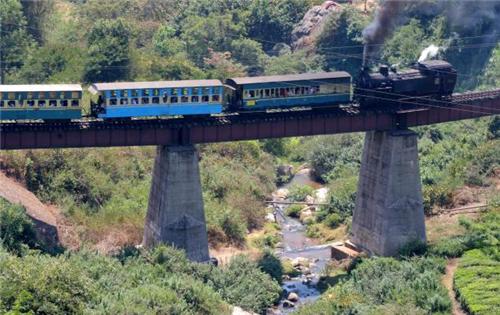 There is only one toy train running daily that starts at 7:10 AM in the morning and reaches Udhagamandalam at 12 ‘O’ Clock. The train returns from Udhagamandalam at 2:00 PM reaching Mettupalayam at 5:35 AM. In the months of April and May, a summer special train runs from Mettupalayam from 9:30 AM to Ooty at 12:15 PM. Ticketing system is although computerized for NMR but Edmondson style manual tickets are also issued for Ooty-Mettupalayam.  Book the tickets well in advance during peak seasons to avoid inconveniences, as there are only about 100 seats in second class and 12 seats in first class compartment of the train. The fares of the train are as low as Rs 30 for a seat in second class and the fare is Rs 185 for a seat in first class.

This 46 m long meter-gauge single-track railway was proposed in 1854 and was completed in 1908. The construction work delayed due to hilly terrains of the region. This railway was symbolic of the most modern technology of the times cutting through the hills to reach an altitude of 2,203 m. It was initially run by Madras Railways and was later taken over by many railway companies until 1951 when finally it was incorporated into Southern Railways.

The blue and off-white coaches of the train generates the charm of the colonial era.  The Toy Train covers a distance of 26 Kms in about 4.8 hrs passing through 250 bridges and 16 tunnels on the route. Considered to be the steepest track in Asia, the train stops by at 10 stations.  From Mettupalayam, the railway operates on rack and pinion system and Swiss-made 'X' Class steam rack locomotives. Further, from Conoor, the train hauls on diesel locomotive engine. 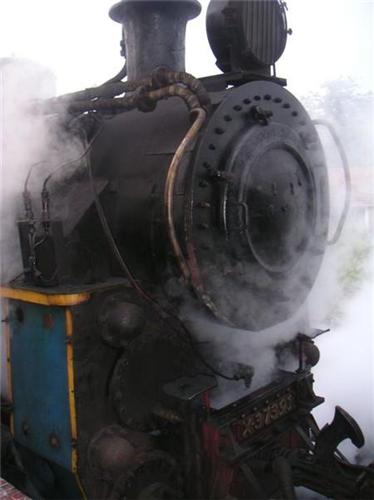 Starting from Mettupalayam, the train passes by ten stations. The Stations are:

From Mettupalayam to Kallar the train crosses through the beautiful plains of palm plantations.While in Kallar to Conoor elevation, the train climbs through Kallar Bridge, Adderley Viaduct and Burliar Bridge. These are parts of a dense tropical jungle, completely uninhabited by human population. From here till the Ooty Station is reached, one can have wonderful view of thick Eucalyptus and acacia forests.


Scenic View from the Train 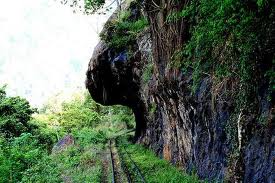 The train offers an unmatched view of the Nilgiris while passing by the steep bends of the hills. One can see deep lying valleys from one side of the train while high riding plateaus on the other side. The rich unspoilt view of the tropical flora and fauna alongside this rail track is a treat to the eyes of passengers. Due to the spectacular terrains from which this train passes, many movies have been shot in this train. The most famous of all, the song ‘Chhaiyya Chhaiyya’ from the film ‘Dil Se’ was shot on the roof top.

Explore more about Tourism in Ooty