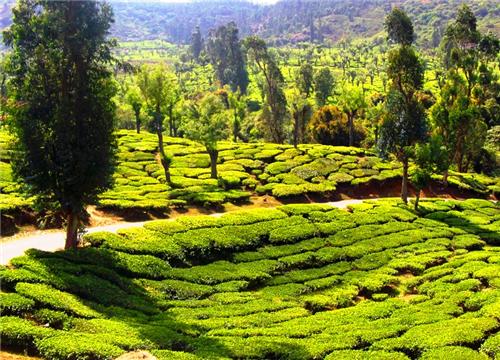 Ooty, also known as Ootacamund is one of the most beautiful places in India. It is a part of the Nilgiri Hill Range of Tamil Nadu and is a popular destination for Bollywood movie shoots. Ooty is also referred to as Udhagamandalam which has been named so by the local people of the town, meaning the “Village of Huts”.

Many movies have been filmed in different parts of the hill station, some of which have been big box office hits. Some of the popular movies that have highlighted the beauty and grandeur of the beautiful Nilgiri hills of Ooty are Saajan, Hum, Hum Aapke Hain Koun, Aashiqui, Roja etc.

There was one thing common among all the picturesque places shown in these movies-the Tea estates of Ooty. The hill station is known to have some of the most grand and visually pleasing tea plantations of the country. A major percentage of different tea types in India are produced in India and are also exported from India to countries like UK and USA. The tea plantations of Ooty, not only provide an ethereal view to its visitors but is also a source of huge revenue for the country. 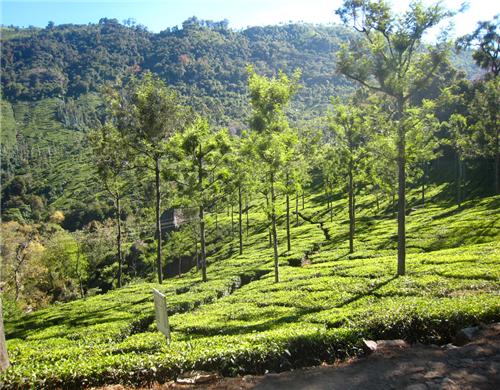 Conoor Tea Estates - Only 17 kilometers away from Ooty, Conoor is a great tourist spot as it showcases the lush green hills and tea plantations of the Nilgiri hills. The weather and climate in Conoor is simply perfect for developing different aromatic tea types. It is particularly known for its view of wildflowers and different species of Birds including Bulbuls, Cuckoos, Larks, Robins and even Vultures. The tea gardens are a great place for long walks while taking in the views and breathing in the fresh air of the hilly area.

Lamb’s Rock - This region surrounds Conoor and consists of both coffee and tea estates. It is known for its scenic beauty caused by the tea and coffee plantations on the slopes of the Nilgiri range. The Coimbatore plains are also visible from this area of the town of Ooty. Located about 8 kilometres away from Conoor, Lamb’s Rock is a popular picnic spot for many locals and tourists as well. It’s Hulikal Ravine and Spur along with the Mountain Railway that passes through the hilly terrain with ease is a treat for the eyes of all visitors.

Ketti Valley - As the name suggests, the Ketti valley is a valley 7000 feet inside the lap of the mountains of Nilgiri. This place is also quite close to Conoor and is often referred to as the ‘Switzerland of Ooty’ by many visitors. The tea estates were first built in this region of the district of Ooty and offer the site of a green dessert. Its weather is to die for, during summers and winters alike which is what makes it a great tourist destination throughout the year.

So anytime you make plans to visit the beautiful Nilgiris, do not miss out on Ooty, especially its tea plantations which are a part of the districts legacy. In spite of being situated in the Southern part of India, where the climate is predominantly hot and humid, this particular hill station is an exceptional tourist destination.


Explore more about Tourism in Ooty